Our father, Mike Fortey was instrumental in developing the art of giant vegetable growing and developing the giant vegetable movement in the UK.  Our Dad set up the very first Pumpkin Championships in Cwmbran, South Wales.  It later became known as the UK Giant Vegetable Championships.  Sadly, our Dad, the founder of the UK Giant Vegetable movement passed on from a very sudden heart attack in 1996.

We helped our father from a young age out in the great outdoors.  He encouraged us to have our own patch in the garden and we used to compete against him. He taught us how to grow and maintain a variety of flowers and vegetables and he passed his considerable knowledge down to us, including the art of developing and maintaining seeds.  Many of the seed lines originate from our Dads development. 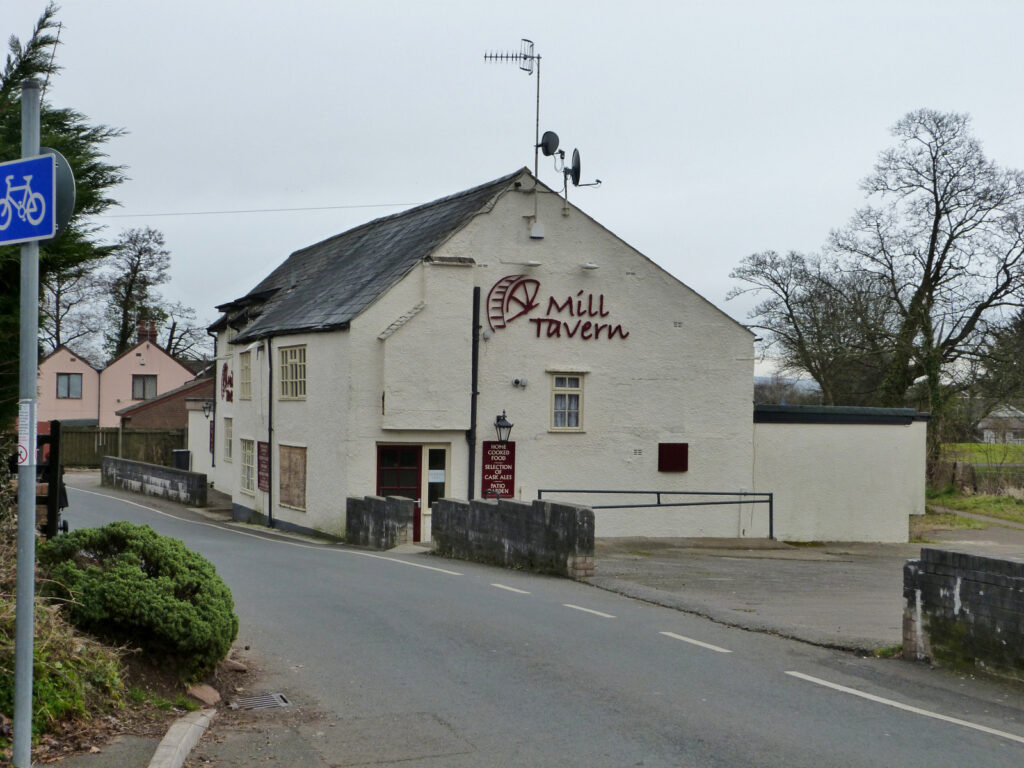 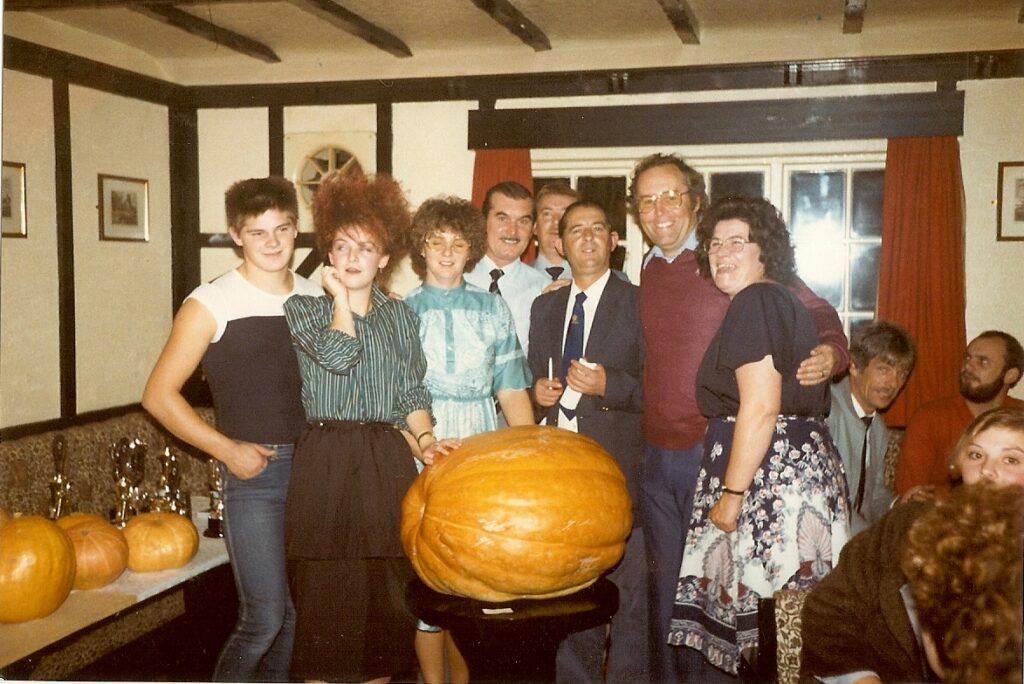 Our Dad is regarded as the founder of the British National Pumpkin Championships in the early 1980’s.  It started off with a friendly competition a few fellow pub goer, George Williams which then led to the beginning of the Giant vegetable competitions in a local pub called the Mill Tavern situated in Cwmbran, South Wales.

Eventually after a few years, as the show grew in popularity and the pumpkins got that big that they couldn’t fit through the pub doors.  The show was then forced to find a bigger venue, the Cwmbran Workingman’s club. This show was a huge success and attracted exhibitors from all parts of the UK. This show had double doors so pumpkins could be taken in easily. Weight of pumpkins at that time were a mere 100-200lb. They now reach in excess of 2000 pounds.

Following the move to a national event a handful of growers got together including Alun Jones and Mike Turner to form a partnership to bring UK Giant Vegetable growing to a new level.  Bernard Lavery hosted a number of shows at Alton towers and then Norfolk where TV productions like Big Breakfast and Record Breakers were filmed. This is where giant vegetable shows grew in popularity and TV and media interest developed.

In 1996, we took over our Dad’s legacy and continued to grow the Giant Vegetable seed that he had developed over the many years of growing. During this year we successfully grew the largest parsnip in the UK and were invited to take part in Big Breakfast.  This was a fantastic opportunity for us.

In 1997, we filmed with Record Breakers and Kriss Akabusi in Spalding, Lincolnshire as well as a small part on Gardener’s World at the age of just 18.  We were the country’s youngest ever Giant Vegetable Growers to win a coveted National title.

We have grown far bigger fruits and vegetables than our dad could have ever imagined. We continue to compete at a very high level and are considered as one of the top growers in the UK and probably the world. Since 2015, we have worked hard to secure 3 Guinness World Records for the heaviest and longest vegetables.

2020 was a tough year with lockdown restrictions we had to come up with several ideas to keep people safe but also occupied, and what better way than to be growing vegetables.

2020 was a tough year with lockdown restrictions we had to come up with several ideas to keep people safe but also occupied, and what better way than to be growing vegetables.

We decided to refresh everything to put a brighter side of things after covid 19. Therefor we created this beautiful new modern website for all of you, and are currently working on our brand new seeds site also. 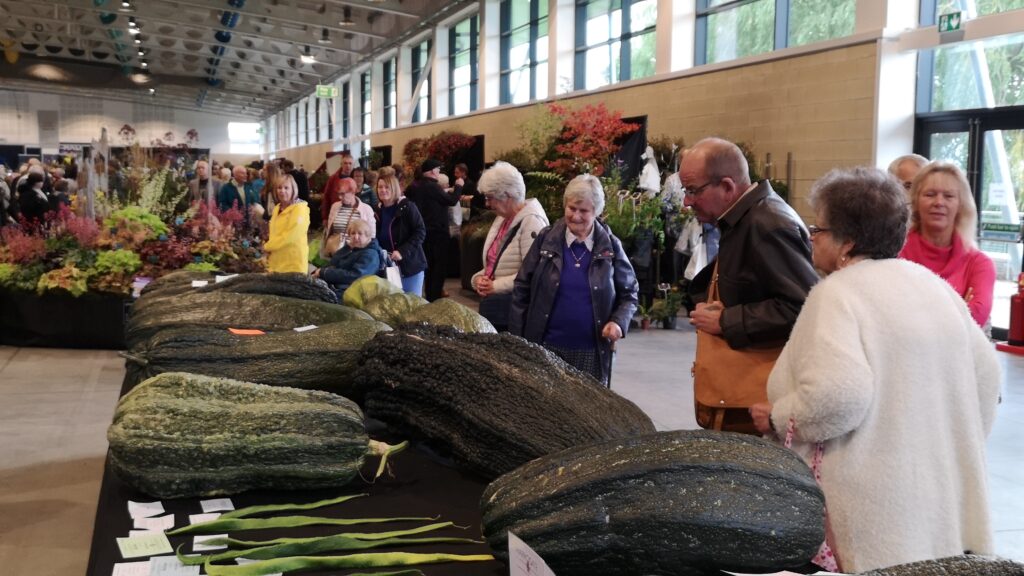 In addition, in 2019, we secured the Guinness World Record for the World’s Heaviest Beetroot weighing a colossal 23.995kg just under 53 pounds.

As a family we continue to hold the UK record for the largest sunflower head measuring 67″ in circumference. This was achieved by Kevin’s son, Jamie at the Malvern Autumn Show, September 2011.

We have appeared on a number of TV programmes including BBC’s Gardeners World and Countryfile (3 part series), several ITV broadcasts, including All Around Britain and Grow Your own from Home Show with Alan Titchmarsh and David Domoney, as well as international documentaries for CBS News and NHK Japan (Gatten)

We have created an area on the website to give you some more information on these broadcasts.
Our most momentous achievement was taking part in the BBC 1, Great British Village Show broadcast in 2007. The programme was headed up by Alan Titchmarsh, Angelica Bell and James Martin. The final of the TV programme was hosted by Prince Charles and the Duchess of Cornwall at their home at Highgrove and we had the privilege of being presented with a specially commissioned maple bowl for winning the National event for growing the UK’s Heaviest Marrow.

In 2018, my first book was published on growing Giant Vegetables and this was published by Benevento publishing, part of the Red Bull Empire. We are currently exploring the options for the development of our English Version.

We have worked with several journalists for the publication of articles and have featured in the Independent as well as the Guardian Newspapers.
We have written several articles for Gardening Magazines and are always open to work in collaboration on Giant Veg and Kitchen Garden articles.

We have work with several prop managers for TV sets and have worked with Sky, Channel 5, BBC, as well as a number of other channels. Such examples have included props for the All Creatures Great and Small set and Simon Cowell’s Syco Entertainment and Vertigo Films on the Pudsey Movie Set. In addition, we have also supplied Giant Veg Props to the Stella Programme with Ruth Jones.

I am a seasoned speaker on several radio stations and have talked on BBC Radio 2, BBC Radio Fine Live, Talk Sport, Talk Radio, BBC Radio Wales and several other stations over the past 12 months. We have worked with a number of multinational companies to launch promotions and speak at events.

We have worked with companies such as Facebook, Vauxhall Motors to launch a Combo Cargo Van Range, Alton Towers to Launch a hotel chain, and Costa Coffee on a recycling campaign as well as a number of other household brands. In 2018, I took part in a Nationwide Radio day with Scotts Miracle Grow.
We have recently teamed up with companies in Kuwait and Oman and are expanding our product offering into the wider Gulf Market.
In terms of turning the veg into food, we have teamed up with the Vale of Glamorgan Brewery/MadDog and have launched Pumpkin Beers over two consecutive seasons. More laterally, we have linked up with Welsh Chilli growing expert, Chris Fowler, to launch the World’s First Giant Veg Chilli Sauce. It is all home grown in Wales and the labels were designed by Pete Fowler, a leading artist in London who has worked with several big labels, including Coca Cola.

In 2017, we worked in partnership with the Harrogate Flower Show to launch a Novice Gardening Competition which was a real success and involved live demonstrations at the festivals. This also involved a live chat at the BBC Breakfast set with Steph Mcgovern in Salford Quays. We have also given talks at Malvern Autumn Show on Growing Giant Veg.

These are always extremely popular.
From 2016 to 2019 (Unfortunately cancelled due to COVID 19 in 2020) we have travelled to the US to talk at Baker Creek Heirloom Seed Events in both Missouri and California. In 2019, my son Jamie was invited over to the USA to launch a Schools Gardening Contest which was extremely popular.
In 2019, we were invited by Facebook to work together on the promotion of Facebook Groups (Online and Offline Communities) at the World-Famous Chelsea Flower Show. This involved attending a press event at their multi award winning garden, designed by Joe Perkins, as well as a live Broadcast on Sky News at their HQ in London. The cabbage was too large to fit into the studio… We also featured on Gardener’s World at Chelsea Flower Show.

We have developed a number of Giant Vegetable products including a range of merchandise to promote our Sport. There are more products being developed. We are always interested in hearing from potential collaborators.

We hope that you enjoy the website and welcome any comments that you may have on improvements / suggestions. If you would like to get in touch with us, please contact us through the Enquiry section. 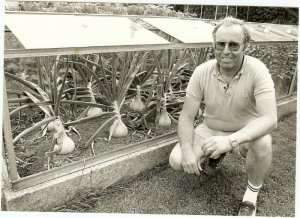 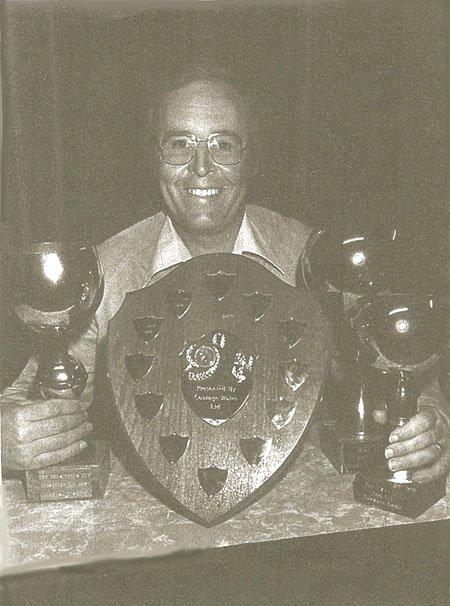 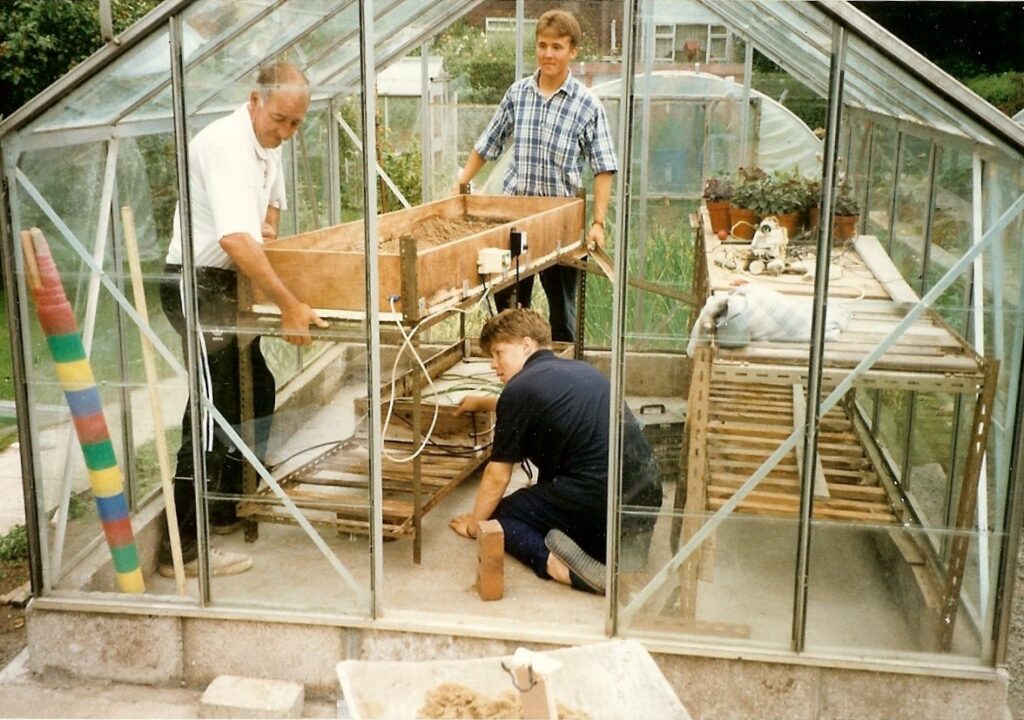 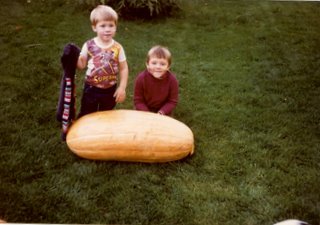 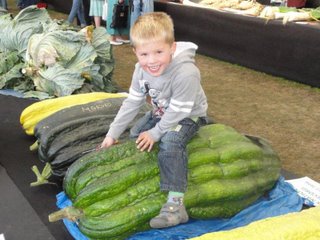 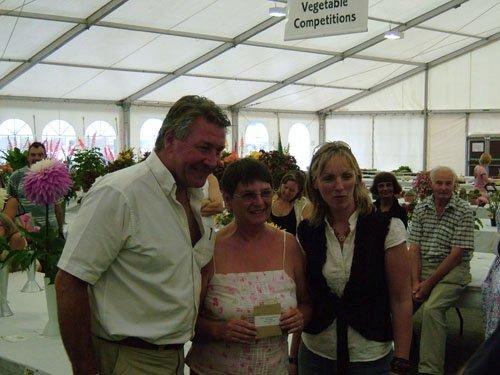 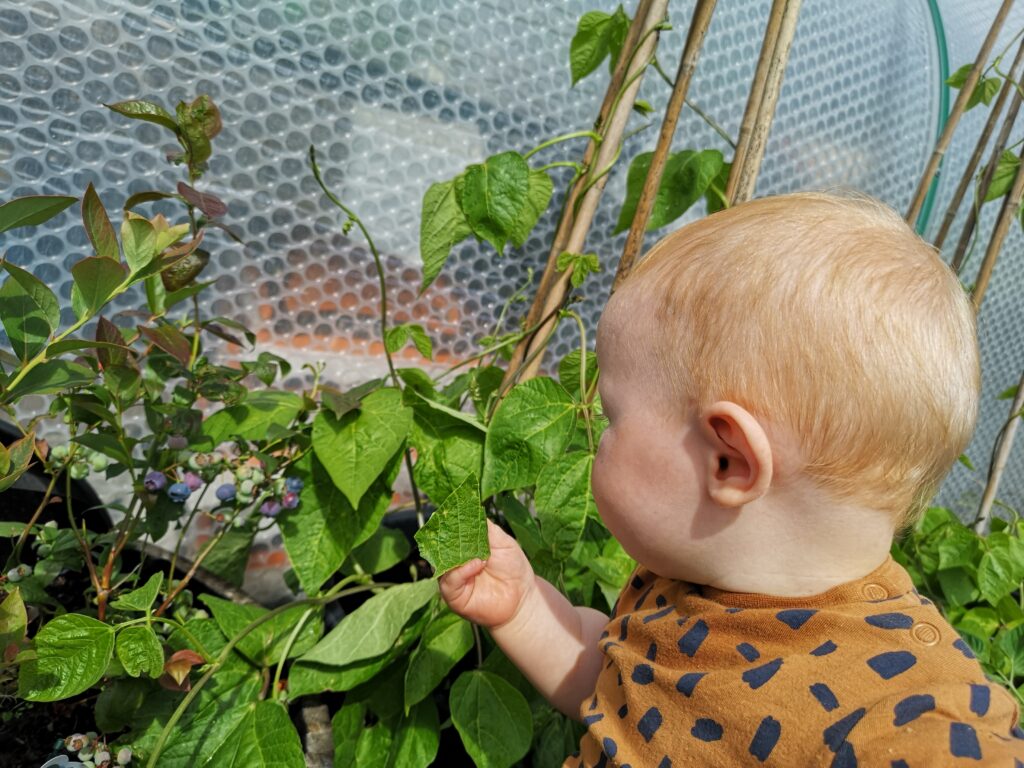 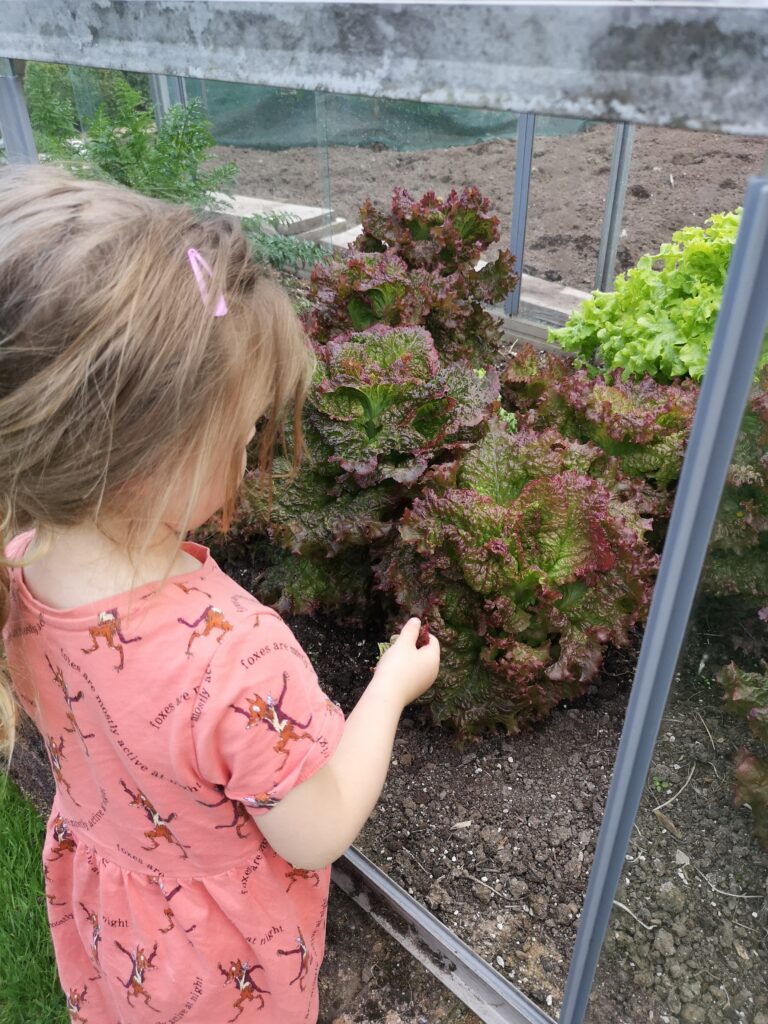